For select ventures, Jeff and his team actively guide the business planning process, invest directly and/or raise seed funding in the startup and provide ongoing strategic guidance through the entire development, launch and growth lifecycle.

We have tremendous confidence in our ability, and we have a proven track record of success to substantiate it: we have raised over $60 million in venture and angel funding for a portfolio of startup ventures and have successfully led five portfolio companies from startup to exit, totaling over $200 million in exit value. 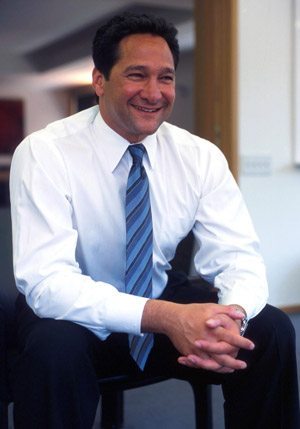 Jeff is one of America’s leading entrepreneurial and small business experts. The website he co-founded in 2002, known as StartupNation, has become a leading provider of high-quality content relating to starting and growing a business. In his role at StartupNation, Jeff has co-hosted the award-winning nationally syndicated call-in StartupNation radio show – which has aired in over 85 markets; keynoted numerous conferences – including the Microsoft Small Business Conference and the Small Business Administration of America annual conference. He’s appeared on numerous national television news networks as an entrepreneurial expert – including CNN, CNBC, Fox and others. He’s authored a highly acclaimed book on starting a business known as “StartupNation: Open for Business” published by Doubleday; and has received numerous awards – including U.S. Small Business Administration “Journalist of the Year.”

As the lead partner at StartupNation Ventures, Jeff guides a portfolio of fast growing startup ventures from startup to exit including strategic planning and modeling to fundraising to marketing and sales to team-building.

Jeff’s expertise has been earned from his own lifelong journey as a serial entrepreneur across a broad range of businesses ranging from traditional businesses to high tech ventures, including the development and commercialization of his own invention, the “Battery Buddy” to the launch, growth and successful exits of a variety of ventures ranging from Clarity, Genego, Aereous and Rubicon Genomics.

Currently Jeff leads the startup he founded known as FanLabel, and has a strong passion for supporting local commerce through Aria Ventures portfolio ventures ShopLoyal, NeedAnything and Main Street Nation.

Rich Sloan is a seasoned, successful entrepreneur with more than 20 years of experience in launching and growing businesses that have positive social and environmental impact. Rich co-founded StartupNation in 2002 with his brother, Jeff Sloan.

Rich is recognized as one of America’s most passionate evangelists for entrepreneurship, whether in the small business or corporate environment. He has been a contributor and expert source to major media outlets including the New York Times, the Wall Street Journal, the Costco Connection, Fox Business Channel, CNN, CNBC MSNBC, ABC News and NBC.

Fresh and modern, our loft-like space is flexible and easy to configure to meet a wide variety of startups’ needs. Take advantage of our individualized options for collaboration, presentations, breakouts, content creation and networking. LEARN MORE HERE

We look forward to working with you to transform your great ideas into successful business ventures. Contact us today!